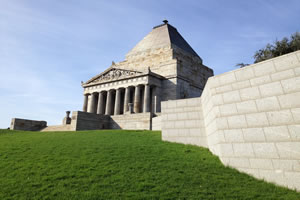 Anzac Day Melbourne starts with a dawn service at the St Kilda Road Shrine of Remembrance. In fact most towns in Victoria will be having a Dawn service at their respective memorials. Melbourne's Anzac dawn service is attended by up to 100,000 people honouring those that fell in the war in Gallipoli over 100 years ago. In recent years record crowd have attended this service with no regard to weather. Even if it rains the crowd still pays it respect in great numbers.

Later in the morning the Anzac Day Parade takes place with great numbers lining the streets to pay respect. It's a great time to be in Melbourne and if attending both official Anzac events then many venues will be open for breakfast to feed the large numbers of people in the City. And afterwards it might be time for some lunch or a quenching drink to digest all the emotions.

Many great sporting events are on Anzac Day with the traditional game of "two up" played out at the Flemington Races. And at the MCG the traditional Collingwood vs Essendon football game will take place.

Two Up is a gambling game with traditions to the Aussie Diggers. It is only legally played on Anzac Day. Many venues will have a "two up" ring! Enjoy your Anzac Day in Melbourne!

Here is some ideas of things to do in Melbourne over the ANZAC Day long weekend. 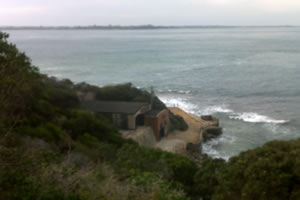 Get out and about this Anzac Day

Around Melbourne there are some great day trips to plan and to make with your loved ones and family or just friends. One awesome place to visit south of Melbourne is the Mornington Peninsula. There is so much on offer with famed beaches, lots of parks and awesome towns like Sorrento, Portsea and Flinders to visit. And that doesn't even scratch the surface of the plethora of wineries and golf courses and other activities in this Morningon Peninsula region.

But this is about the context of Anzac Day so let's look at something relevant. And it doesn't take long to recall Melbourne's history in World War one down at Fort Nepean near Portsea on the Mornington Peninsula. 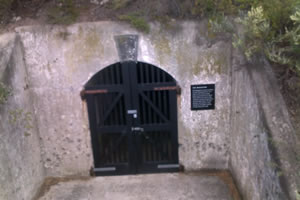 To get there just head down the Monash Freeway (named after the famed Australian Military Commander in WW1 and also super engineer Sir John Monash). Switch to the Eastern Fwy and then the Peninsula Link Fwy. At the end follow the signs to the Nepean Hwy and down to Portsea ... keep going and your there!

Entry to this Point Nepean National Park is free and you sort of self tour after getting the bus from the car park to Fort Nepean. Oh yea ... sorry the bus trip costs ... but well worth it!

Fort Nepean was the first point of defence for Port Philip Bay and Melbourne and burbs!
It was a strategic military outpost. And in fact has the history of firing the first shot in World War One when a Germany merchant ship tried to leave Port Phillip Bay after war was declared.

And these a little bit further afield ... 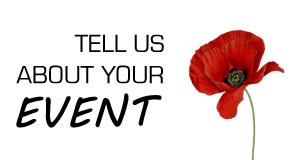 Anzac Day is at the end of April in Autumn and with June being the start of Winter it's time to fire up again for more Big Days. The long weekend near the start of June is the Queen's Birthday weekend in Melbourne. The weather can be a little bit colder but there are still plenty of ideas for things to do on the Queen's Birthday weekend in Melbourne and surrounds. And that June long weekend holiday also marks the start of the snow season in Australia.